I am not being hate, the spoiler doesn't means a car spoiler. Not really because I just watch the INFINITY WAR so forget the car spoiler. So it is about Mr. Know-it-All. 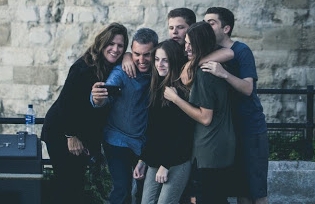 Some of us hate spoiler, why? because it called as Mr. Know-it-All. An example when you have a plan to watch infinity war movie your friend COMES full with her spirits, telling you the infinity war movie from it beginning till it endings so what is still remain will being watch? Will I cry or making a Big LOL?

In social media I had many comments and they will making a high wall to quarantine any such kind spoiler, most of friends hate it but it human is so curious and they think all of them having the same whistlist, so let pick the ticket into your cart do not hear the spoiler even they tell the truth but sounds like a shit, am I right?

Doctor strange knew and saw million times what infinity war endings but he never make any spoiler. More being stronger someone is more bigger his/her responsible to everything he/she did, so let it be naturally flow into the life river of the water.

So what is spoiler indeed? In internet most of you had ever read the spoiler signs like a dialog box or push button command texting with something be hidden onto it and that if you push it will open some of secrets that you want to know or even don't. It is all in social media as well.

No. He is The Almighty, The strongest Thing in the universe. He does let all his creatures life in his universe that available for everythings He does have. No way you talk with Him for every single words are the future topics, why? And for what know everything in time? You will not being fully understood with your limitation as a creature those created by Him.

He works with his biggest thing that you as human can't imagine and there is the mandatory for us going through his rule. So for what the Biggest and the Strongert thing make any spoiler?

So please forgive your friend because He/she is just a human like you are. Anyway that right, all human attitudes are to make interaction with others and with manyway they have. When someone vent out her heart to you means he/she trust you so much and they believe with you they can feel much better.

So Whatever you must forgive me my friends, I write some articles and that will not make you being happy or being sad. We are human so we are weak and need more communication each other to vent out all the heart stories or that will being stuck on a whole our life. However I love you my friends....
So what is spoiler?
https://www.tiktok.com/@editvlogtema